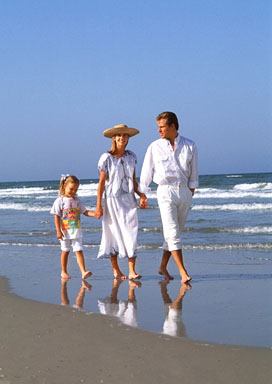 Let’s start with a definition. What is the mass affluent market? Various financial organizations define it differently, but I will use a definition and data from Forrester Research published in a March 10th article in The New York Times by Nelson D. Schwartz entitled, “Got $100,000? Have a Cookie: Banks Try Luring the Top 10%”. Forrester defines the market as those with assets between $100,000 and $1 million, not including the value of their home. They estimate that there are 40 million people in the US today that fit into this category. Forrester also estimates that a third of all retail investment assets are held by this mass affluent market segment.

That’s where the money is and that’s where banks want to sell more. As Schwartz says “The aim is to sell higher-margin products like mutual funds, stocks and retirement advice to depositors who have traditionally looked to their local bank only for checking and savings accounts”. He cites some research done by Pinnacle Financial Strategies of Houston that supports this effort. It says that a study of a West Coast institution revealed that they earned $1,193 from a typical mass affluent household while only $630 from a mass market household in general. That’s a big difference; nearly double.

Today, banks have more incentive than ever to win in this profitable segment. Quite simply, they have to. Dodd Frank legislation has taken away other fee revenue sources they had relied on. If senior executives want to deliver revenue growth to their shareholders, it is cross selling that will get them there. Aite Group‘s Senior Analyst, Sophie Schmitt interviewed 20 executives from large banks in the fourth quarter of 2011. Ninety percent said that capturing more share from the mass affluent market was within their top ten objectives. But Aite Group also noted that North American banks have less than 15% of mass-affluent assets outside of those in qualified retirement plans.

According to a recent White Paper, “Recognizing the Opportunity for Growth“, from PrimeVest Financial Services  who commissioned the expertise of Dr. Kenneth Kehrer of Kehrer Limra there is enormous potential for improvement. They estimate that the current industry revenue from investment and insurance programs is only one half of the best practice benchmark.

Are financial institutions doing anything to overcome these barriers? The answer lies in looking at the customer experience. Are customers experiencing things that would build the image of the bank or credit union as a place to go for more than deposits and loans. Are customers getting help in better seeing and understanding the financial issues they face today or will face in the future or are they being bombarded by more and more product messages? Are the frontline employees offering valuable services that help customers see needs, make more informed financial decisions, and steering them to the person that can help? If they are not doing these things then capturing more of the mass affluent will remain an elusive goal. If they are doing these things then their customers will see them as a resource and a place to go for more of their financial needs and the revenue growth will follow.