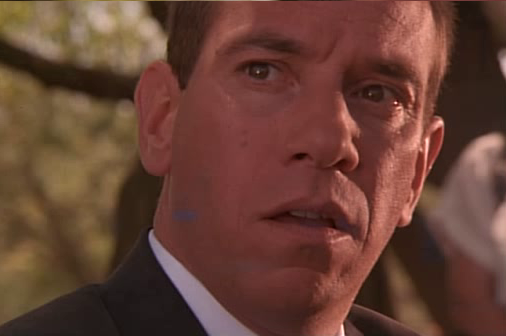 If you ever questioned the importance of financial literacy, check out this list to see the damage illiteracy can do.

Let us know if you think we missed anyone!

The rags-to-riches story of Mr. Lampwick sounds nice at first, but after an $800 billion payout from a court case, his principle investments become a solid-gold house and a rocket car. It’s little wonder that he eventually ends up back in rags.

The Bad Guy from Blank Check

Quigley, a convicted bank robber and all-around bad guy, accidentally hands out a blank check to 10-year-old Preston, who then cashes it for a million bucks. I guess you could argue that either of them could use some lessons in basic finance–I’m no lawyer, but presumably Preston is committing fraud.

Wikipedia has this to say, “Filling in an amount into a blank check, without the authority of the signer, is an alteration (covered in [the Uniform Commercial Code,] Article 3, Section 407), and is legally equivalent to changing the numbers on a completed (non-blank) check, namely that the check writer is not liable for the check. However, the check writer has the burden of proving that the alteration was not authorized.”

The original wolves of Wall Street from Trading Places plan to use insider info to make a quick buck off frozen concentrated orange juice futures contracts. Someone ought to have reminded them that that’s highly illegal because things don’t quite go their way.

Did you know that Financial Literacy Month has only been nationally recognized since 2004? These old schools cats would probably have appreciated it too.

Lloyd’s character in Safety Last! is a guy who can’t tell the difference between “a want” and “a need”. He spends all his money to buy his long-distance girlfriend a lavalier chain, even starving himself just to be able to buy it for her. The picture above should indicate that he is not a guy who makes a lot of smart decisions.

One of the more “literate” characters on this list–who mostly just has a run of bad luck–but a guy with a literal hole in his pocket was too good to pass up. Skip to 9:43 to see a waiter with the most ridiculously villainous eyebrows you have ever seen!

Bogart’s last film, The Harder They Fall, sees fresh-off-the-boat Toro Moreno (Mike Lane) get severely taken advantage of by an abusive contract. After getting beat to a pulp in a rigged boxing match, Toro’s left broke as his managers make off with his money.

Stay tuned for our list featuring a few savvier investors, coming up as Financial Literacy Month continues here at Truebridge!

But before we go, how could we forget: