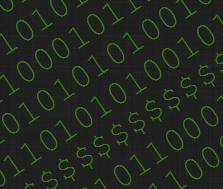 It’s not just big retailers like Target or Kmart who are being hacked. “Hacker’s List” proves that there’s a market for attacks against individuals. People need a place to go to get answers and guidance when it comes to their cybersecurity. If you can provide that guidance, it can be a gateway to sales.

Espionage has never been easier. Friends, family, business competitors: If you’ve got a few hundred bucks and a lack of ethics, you can start hiring hackers to attack them today!

This, in so many words, is the mantra of Hacker’s List, a new service that allows anyone to request the services of a hacker in exchange for money.

“A man in Sweden says he will pay up to $2,000 to anyone who can break into his landlord’s website. A woman in California says she will pay $500 for someone to hack into her boyfriend’s Facebook and Gmail accounts to see if he is cheating on her.

The business of hacking is no longer just the domain of intelligence agencies, international criminal gangs, shadowy political operatives and disgruntled “hacktivists” taking aim at big targets. Rather, it is an increasingly personal enterprise.”

But, “isn’t hacking illegal?” you might ask. Yes, but the site attempts to legitimize itself by saying – on its Frequently Asked Questions page no less:

“HL is intended for legal and ethical use. If you feel a project violates our terms of service please report the listing immediately. We do our best to moderate projects however we rely on the community to aid in this process.”

A ‘legitimate’ project might include recovering a forgotten password that is otherwise unobtainable or deindexing pictures/posts from search engines. Even a cursory look at the hacking contracts available on the site reveals the story of some very dubious characters. The service’s anonymous nature means that anyone could claim to own the Facebook (et al) account that they want hacked, when they do not actually have ownership. The wise old adage rings true: “On the Internet no one knows you’re a dog.”

Middleman services like Hacker’s List – which connect people and hackers while holding funds in escrow – have been shut down by the government before. It’s the attention and interest that Hacker’s List is garnering that really stands out. Hacking is becoming a more mainstream, more common occurrence and it’s a thriving business to boot. The Hacker’s List website has had multiple crashes due to a flood of recent interest.

How can you keep yourself and your customers safe?

Educate in a way that will help to protect from, prevent or resolve a cyberattack or identity theft.

80% of data breaches have human error as their root cause. The human factor is the biggest security flaw out there and it’s going ‘unpatched’. Hackers know how to exploit it, using confidence tactics that are centuries old.

They might start by sending an email to a target, making it look like it’s from Facebook and asking the target to log in to their account. If their target entered their username and password the job would be done. This doesn’t take the latest virus to accomplish; it even renders firewalls obsolete. The only defense is to know how to recognize the signs of a fake email.

Some hackers eschew this tactic altogether and infect your computer right when you click on a link they send. A popular type of malware nicknamed “Ransomware” has been disseminated this way and can be used to lock you out of your files until a ransom is paid.

The first and best line of defense should work to erase human error as much as possible. And there’s a reason for financial institutions to get involved. If a bank or credit union can provide the guidance that will help to prevent and resolve cyberattacks or identity theft, it can be in place to start a sales conversation around its other products.

Cybersecurity education is universally needed as tens of millions of Americans are affected by data breaches at major retailers and individuals are pilfered for hundreds or thousands of dollars in ransomware attacks. If it is presented as part of a larger “answer center” it can be used introduce customers to products and be leveraged to set up dialogues and sales opportunities.

Want to help your customers avoid getting hacked while setting up sales conversations? Learn how cybersecurity leads to sales in our next workshop!